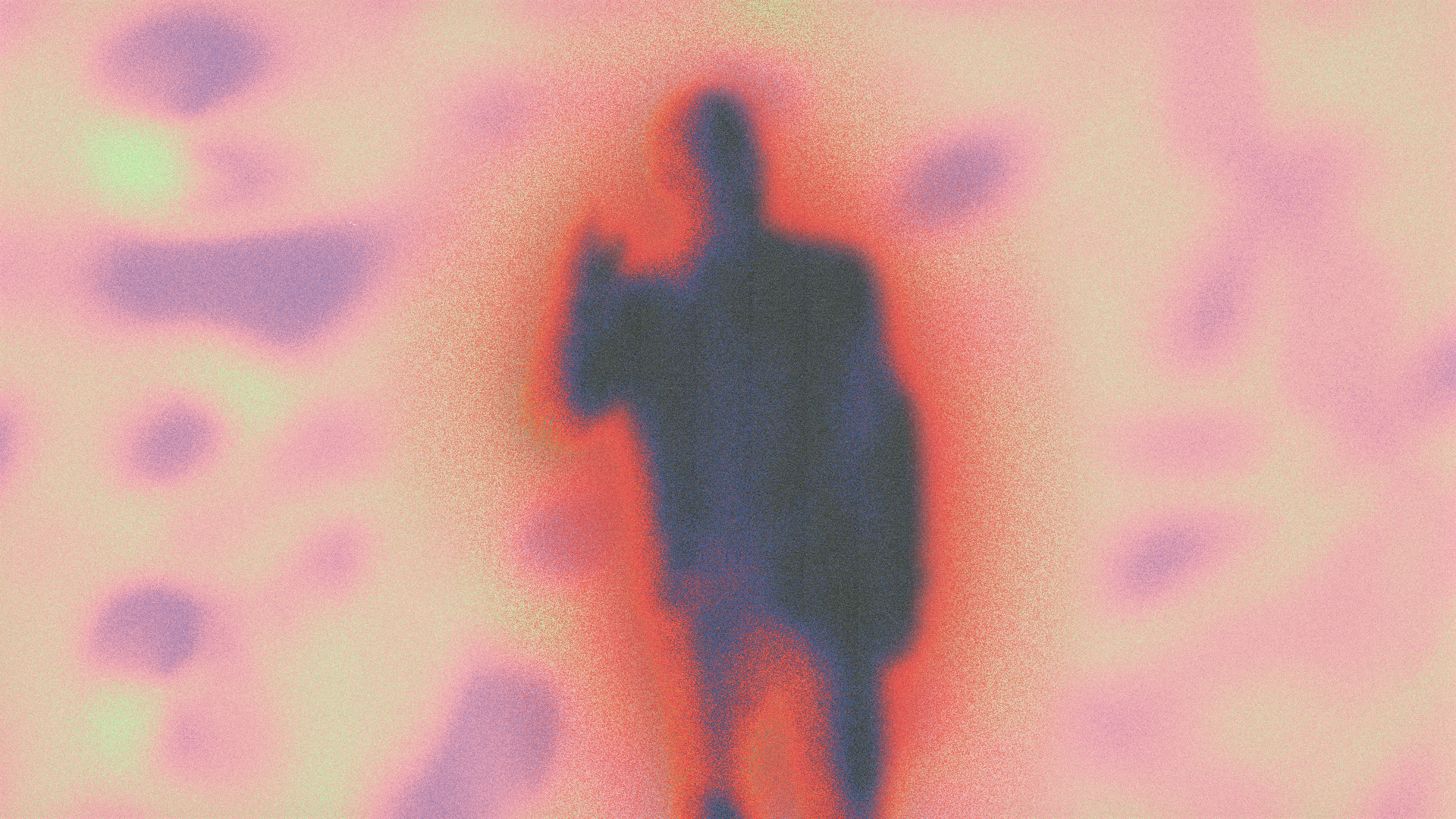 How could a loving god allow evil?

Does God allow evil? Can he allow evil and still be good?

This article is an adapted sermon preached by Will in January 2022. Because of this, there isn’t a works cited page, and some of the references are interwoven into the message. If you have questions about specific references or they are unclear please reach out and we’d be happy to find them. This message has also been condensed for readability. There are four points.

1. The Problem of Evil

First, we must define evil. And for our purposes today we’re going to define it as “Evil is any case of pain and suffering in the world, whether “moral” or “natural”. Moral refers to the ill-intentioned actions of an individual, and natural refers to things such as earthquakes, hurricanes, tornadoes, etc. that cause pain and suffering. Augustine began to wrestle with the problem of evil early in church history (born in 354 AD). Augustine argued that Evil was not independent or self existent, but was dependent on “Good” for its definition. Meaning, that Evil is actually the negation, absence, or turning away from what is good, and in that way it has a parasitic relationship, it can’t survive on its own. This means two things, first that God is not the source of evil,  and second that the critic (atheist) cannot call something evil without acknowledging the existence of something good. This is clearly a problem for the atheist as an admittance of good would force them to accept the reality of a moral law giver, someone who determines and establishes what is good. An impersonal universe that’s merely an accident, doesn’t establish in its offspring right and wrong. It doesn’t inform its inhabitants on what is good. My point is not that atheists can’t act moral, but that ultimately in doing so they prove God. So the critique is a good one, one that the Christian must work through. But, the atheist has double the problem as they must work through both the problem of evil, and the problem of good.

The claim we’re going to disagree with  is claim #2. Will God prevent evil as far as he can? The Bible gives us multiple examples of this claim being untrue.

We see the story of Joseph in the book of Genesis and it’s about a man who is sold by his brothers into slavery, falsely accused of a crime, wrongly imprisoned, a guy who would be straight up bitter with God because of all the ways he’d been wronged. Eventually he comes into power and saves an entire region of the world from starvation. Through a series of events his brothers, who sold him into slavery, come to him and fear his vengeance, but in Genesis 50:20 Joseph tells them “As for you, you meant evil against me, but God meant it for good, to bring it about that many people should be kept alive, as they are today” God appears to allow evil to take place to Joseph, meaning it all along for good.

The second example that comes to mind is Jesus, he is falsely accused and murdered. He’s spit on, tortured, rejected by his own people, abandoned by his family and friends. This evil (suffering and pain) could have been prevented, but it was allowed, even prophesied and planned, in order to accomplish something greater. Through the evil that was experienced by Jesus, came life and forgiveness to all people who would rely upon him. Through his suffering, comes healing.

Throughout the Bible we see that God will not only allow evil, but means it for good and orchestrates it in order to accomplish the greater good.  Now, as Christians we want to tread thoughtfully here. Because the fact that evil isn’t accidental doesn’t mean we’re cold to the real and terrible things people go through. We don’t just say “well it’s no big deal because God has a greater purpose” That can be insensitive and doesn’t capture the real pain and suffering that people experience. We see the real pain of life in places such as the Psalms where people cry out to God as they suffer and they’re extremely honest about the difficulty we experience in our world. In light of the death of his friend, Jesus weeps over the evil of our world although he knows what comes next (John 11:35). Although all evil is ultimately turned for good, our pain and suffering is real, and is not to be diminished or made little as we walk through it. An important principle that must also be brought to mind is what the Bible calls God’s inscrutability:

“Oh, the depth of the riches and wisdom and knowledge of God! How unsearchable are his judgments and how inscrutable his ways!  “For who has known the mind of the Lord, or who has been his counselor?” Romans 11: 33-34

The word inscrutable means: incapable of being investigated, analyzed, or scrutinized; impenetrable. Not easily understood; mysterious; unfathomable. God is so big, so grand, and so magnificent. We oftentimes do not have the ability to understand all the ways he works or functions. A friend once described it to me as if I were on the sidelines telling Tom Brady how to play quarterback although I played backup in 7th grade. My knowledge is incomparable, and I can’t begin to understand the complexities of his knowledge when it comes to his craft. To summarize, God allows evil and uses it to accomplish his good and perfect plan although this is often beyond our ability to comprehend.

Third, The Bible teaches clearly that God is not the author or source of Evil (James 1:13, 1 John 1:5). God always shows himself to be holy and good and as opposed to evil and judge against the evildoer. We see that everything is created good, but falls into sin when Adam and Eve give in to the temptation of the serpent and disobey God. Last semester, we worked through the book of Romans and we learned that the natural state of humanity is no longer innocent, but evil. So the responsibility for evil falls upon mankind and Satan, created beings who rejected God. Although there is some mystery as to why the capacity for evil was given to these created beings, we must conclude alongside the Scriptures that it is in fact these created being who bear the responsibility for evils entrance into our world. So if that’s the problem, what is the solution? Many recommend that God just deal with evil, that he wipe it out! But that solution is problematic because every single individual on earth (apart from Jesus) has contributed to the broader problem of evil. If God is going to punish and deal with evil, he must also deal with and punish you. So ultimately, God’s patience and restraint as it relates to evil, is grace towards us. We are invited to repentance and restoration as God patiently waits to make all things right. Evil still exists as a measure of God’s grace towards a sinful humanity.

The last point and the one I hope you hear most clearly is that, although evil is present in our world, God has done something about it.

1st, Jesus comes. Rewind back to Genesis three and the account of the fall, God promises in Genesis 3:15 that “an offspring of the woman will crush the head of the serpent” Jesus Christ, God in the flesh, came to earth and partook in our suffering. He not only experiences all the evil we do, but he comes and takes it all upon his shoulders and is punished for all the evil that you and I commit. The God-Man (fully God, fully man) partakes in the suffering of humanity. And not only does he experience it alongside humanity, but he bears the punishment for sin and takes away its power and potency.

2nd, The Spirit enters and indwells his people and produces goodness. Every christian is in a process we call sanctification. This begins once someone comes to saving faith and is regenerated and indwelt by the Holy Spirit. Sanctification is a reversal of the natural bend towards evil in each person individually. The Spirit empowers that individual to put off their old self (old ways) and put on righteousness (good ways). He brings righteousness through the people of God where they dwell and deals with evil in their hearts and in their communities. He takes action against evil through his Spirit.

3rd, He will deal finally with evil at Jesus’ second advent. Jesus promised his disciples he would come again (Acts 1) to set all things right, and bring in a world free of evil and suffering forever. When he comes, all the punishment and justice that was delayed will be dealt out and evil will be abolished forever. This broken world will be transformed into a better Garden of Eden and God will rule perfectly and things will be good as they were meant to be. God hasn’t abandoned his creation to evil or will allow it to continue forever, but has taken action against it and is ushering in perfection.

Ultimately, God is good and created everything good. The world was plunged into chaos and sin by the rebellion of humanity against the creator. God is orchestrating all the evil in this broken world together for his glory and ultimate good. His justice against evil is either delayed or put upon Jesus through whom he is bringing about a reality where evil is forever abolished.