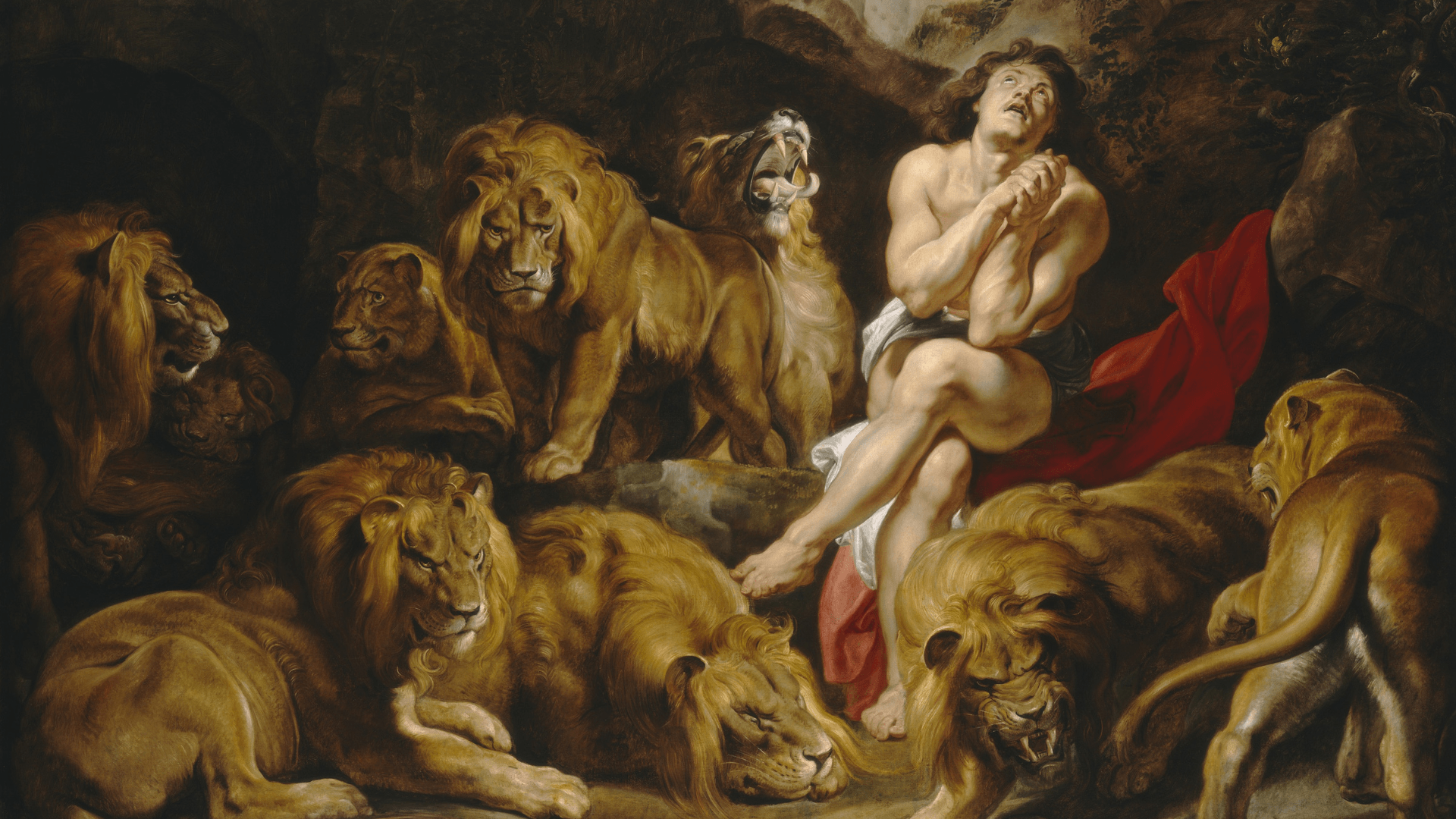 Is the Bible Reliable?

This article is an adapted sermon preached by Will in January 2022. Because of this, there isn’t a works cited page, and some of the references are interwoven into the message. If you have questions about specific references or they are unclear please reach out and we’d be happy to find them. This message has also been condensed for readability. Before diving in there are a few foundational pieces that need to be laid.

The first element we need to establish is God’s Aseity (A-c-ety). This means that God is self-sufficient, that he doesn’t depend upon anything. God is God, He is real, He is true, and He is judge, regardless of whether we acknowledge that or not. God is not on trial and doesn’t need you or me to acknowledge Him, God is judge and ruler. At times we’re tempted to try and portray God in a way that’s more easily accepted by others and soften things we believe in order to avoid being ostracized, but God remains God and remains true regardless of whether we acknowledge Him or not. He is the I AM. He remains, and is truly independent of you and I.

Next, I often ask people “Do you even want God to be real? Are you willing to hear the evidence for God? What kind of evidence would it take for you to believe there is a God?” Most often the answers reveal that the problem isn’t intellectual, but is more about a predetermined, biased, and rebellious heart that is unwilling to even consider God’s existence. Oftentimes the evidence hasn’t been evaluated, and there is something in the person that is set naturally against God, rather than for Him. Obviously, this is not the case with all people, but this is what I’ve run into most often. The problem lies in the heart, rather than in the mind. Individuals much more quickly ascribe to the criticisms against God without thinking them through, and reveal themselves to be naturally rebellious towards a God that would hold them accountable for their actions. This may or may not be you, but I would ask you to consider “What evidence am I requiring for belief? Is it fair? Have I evaluated both sides without bias or a predetermined position? Is there something in me that is more inclined to reject God?” And alongside those questions, “What kind of evidence would I expect?” Are your standards fair? Does your own position meet that criteria? You may want to ask me that question as well. Do you come without bias? I am certainly trying, and I want to evaluate the evidence impartially. But, I will admit, it is difficult. I especially find it difficult because I have experienced deep joy and fulfillment in Jesus, and that permeates everything I do and think.

The third and last thing we must establish is this, God’s Word is the foundation everything is built upon.

WITHOUT AN ULTIMATE SOURCE OF MORALITY, JUSTICE, TRUTH (LOGIC), OR DIGNITY THE ATHEISTIC WORLDVIEW COLLAPSES”

1. The Reliable Transmission/Translation of the Bible.

Oftentimes, critics will say something like “the translation of the Bible worked like a game of telephone”. They think that the Bible was first Greek, then Latin, then German, then English. If that were the case, there would certainly be reason for doubt! Thankfully, that’s not how the Bible was translated. The example that comes to mind quickly is Martin Luther’s translation of the Bible into German. He did not translate it from the Latin translations that were being used during that day, but instead translated from the original languages (Hebrew, Greek, a little bit of Aramaic). There also wasn’t a singular line of translations, but a wide range of translations of the same original texts, which would allow for each translation to be held up against all the others and checked for accuracy. Actually, we know that Luther’s translation had some bias in translating certain texts, because of the numerous translations of the Bible into numerous languages. It is much less like a game of telephone, and much more like an intensive compare/contrast at each level of translation. We can be confident that the Bible has been reliably copied.

The graphic below is compiled by a website called “Bible Authenticity” and it compares the manuscript evidence of some of the most ancient works we have. As you can see, the New Testament far exceeds any other piece of ancient literature we possess, but often people are quick to accept the reliability of the others while critiquing the reliability of the New Testament.

To illustrate what this means, I want you to imagine you have two copies of a letter written in 1920. You do not have the originals but with these two copies you can compile what the original most likely said. Now I want you to imagine you have four copies. You can trust that you’ve reconstructed the original with even more confidence now that you’ve got double the copies. Now imagine 10, now imagine 25, now 100, 5,000. The number you see above (5366) continues to grow and that is only counting the greek, not the various other New Testament manuscripts in other languages.

2. Jesus’ view of the Scriptures.

Once the manuscript evidence has inevitably been accepted, critics will oftentimes move to Jesus’ view claiming that although he was a good moral teacher he wasn’t God and certainly didn’t recognize the Bible as having the same authority that we ascribe to it today. This isn’t only the claim of the non-Christian, but also of the individual who claims to follow Jesus but rejects the authority of the Scriptures. This is problematic as they believe the Bible to be something much less than both Jesus, and Satan believe it to be. Matthew 4:1-11 records the temptation of Jesus by the devil. In this account, we see Satan use the Scriptures (himself recognizing their authority) in order to tempt Jesus to sin. We then see Jesus respond to Satan with the Scriptures. Jesus rejects Satan’s misuse and incorrect application of the Scriptures, and points to their true meaning. He recognizes the authority of the source content, but knows and points out that Satan has twisted them for his own purposes. He roots his argument in the authority of the Old Testament Scriptures, nothing else. This account is followed by Jesus’ statement in Matthew 5 verse 18 that not a dot or iota will pass from the law, but that he has come to fulfill it and the prophets. He has not come to replace the Scriptures, but to uphold them. We also see a similar principle held up by Jesus in John chapter 10 verse 35 where he states “Scripture cannot be broken” as he’s arguing with some Jewish people about the meaning of a particular Old Testament passage and its meaning. Jesus clearly taught and recognized the authority of the Old Testament scriptures. To accept Jesus, and reject the scriptures and their authority is foolish. Although we could dive more deeply into this point, I will refrain and list some other references you may be interested in as it relates to the New Testament and the extension of his affirmation through the Spirit. (John 16:12-15, 2 Timothy 3:16, 2 Peter 3:16)

Many may accept the reliable transmission of the Bible, and the view of Jesus, but what does that matter if it’s a reliable transmission and affirmation of a fairy tale? But every person must at the very least accept the fact that this library is historically accurate and is consistently proved to be true by archeology. For example Abraham’s tomb can be visited today from the book of Genesis, the city of Jericho with its fallen walls can be found in the same place where it’s described in the Bible (a supernatural event). Sodom and Gomorrah are observed under layers of ash. For a long time, the Old Testaments reliability was challenged by lack of evidence of a people group called the Hittites, but since a capitol and evidence of them has been found. You can observe the place where Jesus was crucified, see evidence of the temple, etc. Archeology continually proves to us that the Bible is historically accurate and reliable and in no way challenges it.

Prophecy alone could prove to us both the reliability and truthfulness of not just the Bible’s historicity, but its divinity. To illustrate, I want you to imagine that your best friend comes up to you tomorrow and tells you “Hey, I need you to know that in the year 2060, Justin Bieber is going to be the President of the United States of America.” That’s an extremely unique and unlikely event! Now, fast forward to the year 2060, and it happens! The odds of that happening by accident are extremely low! Well this happens all the time in the Bible. To name a few, Jeremiah prophesied that Israel would be in exile for 70 years, and it happened. Isaiah prophesied 100 years beforehand that a King named Cyrus would take the throne and it came to pass. It was promised to Israel that they would return to the land of Canaan after they went into exile, and it was fulfilled. And the prophecies about Jesus, the Messiah (Christ) are significant. It was prophesied that He would be born in Bethlehem (Micah 5:2), that He would be sold for 30 pieces of silver (Zechariah 9:9), His crucifixion (Psalm 22:16). But isn’t it possible that these all be simply a coincidence? A professor from Westmont College calculated the mathematical probability of one individual fulfilling just eight major and undeniable Old Testament prophecies. He even submitted his findings to the American Scientific Affiliation and they approved his calculations. The odds were one in 10 to the 17th power (17 zeros after the one). To illustrate these odds, imagine you cover the state of Texas in silver dollars and they go two feet deep. Before they magically spread all of those silver dollars across the state you marked a single one. Now, blindfold someone, and send them out into the state to pick a single silver dollar. The odds that he pick that silver dollar you marked, are the same as one in 10 to the 17th power. And that’s the odds of 8 major prophecies being fulfilled. It’s estimated that Jesus actually fulfilled 300-400 prophecies. The odds that one man would fulfill all these prophecies by chance without contradiction or error is inconceivable. Only the God of the universe could orchestrate such an incredible fulfillment of prophecy.

The Bible continually proves itself to be of divine origin, and those who reject it seem to bring with them former bias and desire for it to be wrong as it would bring them into a state of accountability before the God of all things. Its supposed contradictions are easily handled, and it is a gift of God, and contains the message of salvation. It is not merely a “Handbook for life” or a “roadmap”, but holds within it the story of salvation, the power of God unto salvation. If you recognize that you are “guilty” before this God and wish to find pardon for your wrongdoing, the Bible states that Jesus has come to make payment for the sins of those who would turn and trust in Him. Although each person is truly guilty, each person may be truly innocent. Those who trust Him, have become new beings who have peace with God and eternal life.